Starlight Coven of the Dragon Moon with SunRavenMerryHerb 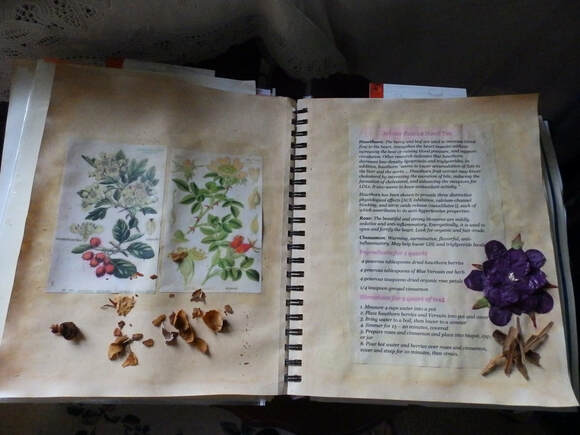 Recently my healing skills have been called upon to produce a potion that would help ease aging, human hearts.  The human heart is a tremendous pump that helps to circulate our blood throughout our bodies for the purpose of bringing nutrients and oxygen and taking away wastes.  That's the simple explanation of the system.  We also have a heart chakra, which can be open or closed.  A closed heart chakra can happen for multiple reasons and that is the stuff for another post.  In this post I will deal with the physical aspects of the heart and one way to soothe an ailing heart that may be suffering from too much stress, poor diet, lack of exercise,aging,valve problems,or genetic problems.

When the blood pressure is too high, the heart pumps against an increased resistance that can cause difficulty with the transfer of nourished blood to the blood vessels that carry the blood where it needs to go.  Over time this can cause the left side of the pump to enlarge and no longer pump effectively.  The heart rate can be too high, or become irregular for various reasons, or the heart can be in a panic mode due to stress, driving the rate and the blood pressure up to high.  The blood vessels may become coated with a fatty plaque, which narrows them and makes the resistance higher.

So, what to do?  Well, we can calm the stress by supporting the individual through a crisis, making sure they get enough rest, mild exercise, deep breathing, and sometimes we may create and dispense a tea, or a potion to help them become and remain calm and/or help regulate heart function.  Please understand that this instructional is not to be substituted for regular, professional,medical advice.  See a doctor, if you suspect a heart problem for a thorough evaluation.  Medicine and alternative healing practices are supposed to work together for best results!  ​To that end I am sharing a page of my Grimoire with you!
Winter Solstice Heart Tea
Hawthorn: The berry and leaf are used to increase blood flow to the heart, this strengthens the heart muscles without increasing the beat or raising blood pressure, and supports circulation. Other research indicates that hawthorn decreases low-density lipoprotein and triglycerides. In addition, hawthorn “seems to lower accumulation of fats in the liver and the aorta … Hawthorn fruit extract may lower cholesterol by increasing the excretion of bile, reducing the formation of cholesterol, and enhancing the receptors for LDLs. It also seems to have antioxidant activity.”
Hawthorn has been shown to provide three distinctive physiological effects [ACE inhibition, calcium-channel blocking, and nitric oxide release (vasodilator)], each of which contributes to its anti-hypertensive properties.

Directions for 1 quart of tea:
1. Measure 4 cups water into a pot.
2. Place hawthorn berries into pot and cover.
3. Bring water to a boil, then lower to a simmer.
4. Simmer for 15 – 20 minutes, covered.
5. Prepare roses and cinnamon and place into teapot, cup, or jar
6. Pour hot water and berries over roses and cinnamon, cover and steep for 10 minutes, then strain.

For best results enjoy a 6 ounce cup of tea both morning and evening.

Rowan Healing and Medicine
The tree is mentioned in John Gerard’s 1597 herbal, he calls it Quicken Tree and Wilde Ash – ‘The leaves of the wilde Ash tree boiled in wine, are good against the pain in the sides, and the stopping of the liver, and assuageth the bellies of those that have the tympanie and dropsy.’The fresh flowers can be used to make an infusion which was thought to be effective in relieving kidney disease.
From The Herball of John Gerard 1597   As is usual with fruits, the scarlet Rowan berries are high in Vitamin C content. They contain sorbic acid, making them very astringent and should normally be boiled and then strained before use, as eating the berries raw can easily cause stomach upsets.  The berries are best prepared into jellies or syrups, where the pulp and seeds are strained out, as the seeds and possibly the leaves are known to contain some toxic properties of the kind associated with poisonous prussic acid.

Fresh juice from the berries, another preparation free from seeds, is used as a gargle as well as a mild laxative.  Both jelly and syrup were prepared in the past two centuries to be prescribed for the relief of gout. The unripe berries were only used externally, as lotions and on poultices.
Today, in herbal medicine, the dried and ground berries, once used as a substitute for flour, or the dried and ground bark as well as the dried flowers, may be used for a tea to help with digestive problems and common stomach disorders. The use of this tea was also once believed to cleanse the blood.
​
In ‘Letters Written through a Tour of North Wales’  1798 by Rev. J. Evans, an ale-like brew named  in welsh ‘diodgriafel’ is mentioned:

‘This is made of the berries of Sorbus Aucuparia  (Roan Tree) abundant in most parts of Wales; by pouring water over them and setting the infusion to ferment. When kept for some time this is by no means an unpleasant liquor; but necessity obliges these children of penury to use it without waiting for the fermentative process.
In Scotland a spirituous liquor is obtained by distillation; and Gremlin informs us, the same use is made by the natives of Kamschatea.
The tree is held in high veneration by the superstitious: as small part of it is carried about as a defence against inchantment; and a branch of the Rowan is considered infallible in protecting cattle from the injury of witchcraft.’

Ash may act in healing and soothing problems with digestion, bladder and bowel disorders. The chemical glucoside fraxin, contained in all parts of the plant has been proved to have anti-inflammatory properties, probably because of its inhibitory effect on 5-HETE (a fatty acid) production.
The leaves are at their freshest in June and that is a good time to pick and dry them.
Decoctions from various parts of the Ash are quite commonly used in modern herbal medicine, particularly the leaves. Three table spoons of crushed, dried leaf is steeped in one pint (500ml) of boiling water for several hours or overnight, then strained and bottled. A desert spoonful or two is then given as a laxative – it is a gentler substitute for senna pods.
Because of its diuretic and laxative qualities, this was sometimes taken as a diet aid to reduce obesity.
The bark is astringent, and decoctions can be used to help with rheumatism, arthritis, and to cleanse the liver and as a tonic to help the general efficiency in the body’s waste systems.
The liquids derived from the plant are very bitter and an infusion of either leaves or bark was considered effective in reducing fevers
In times gone by, a tiny spoon of ash sap was given to a newborn baby. The midwife would put an ash stick into the fire and collect the sap which bubbled from the cooler end - it was considered lucky if this was the baby's first earthly food.
Ash leaf, decocted in white wine was thought to be a cure for jaundice and other liver diseases and the ash keys themselves were salted and used as a pickle or in place of capers to flavour fish dishes.
The actual ash, left from the burned ash logs, was mixed with oils into a paste and applied to skin affected by early signs of leprosy and other skin disorders, and soaked into bandages to secure a poultice.
John Gerard’s Herbal talks enthusiastically about the tree’s snake repellent properties, and that the ‘juice of the leaves or the leaves themselves being applied or taken with wine cure the bitings of vipers.’   It was said to be an ash staff that St. Patrick used as he rid Ireland of its early serpent population.​ 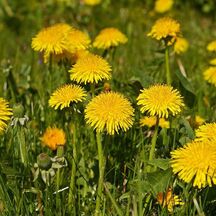 Those yellow dots that “litter” your otherwise “perfectly green” lawn are more than just pesky weeds. Dandelion has been considered a valuable food and medicine in both Eastern and Western culture for thousands of years and is now being researched for it’s cancer-fighting abilities.
The use of the dandelion plant in both Greek and Chinese medicine predates written records.  Traditional healers use it to cleanse the liver, flush toxins from the kidneys and purify the blood.
It’s blood purifying compounds led researchers at University of Windsor in Canada to hypothesize that dandelion could help patients with end-stage blood cancer.
They inserted danderlion root extract into Petri dishes with blood drawn from leukemia patients and lab rats.
To their delight, the dandelion root induced apoptosis or “cell suicide” in cancer cells, while leaving healthy cells alone.

Dandelion root’s ability to selectively kill only cancer cells — as opposed to radiation and chemotherapy which kill healthy cells and flood the body with toxins — ccould make it an invaluable tool in the future of cancer treatment, at least in countries whose medical institutions are actually invested in cures, not keeping people sick.
As a result of the experiment, researchers were given the green light to test out dandelion root on thirty Canadian cancer patients. It’s the first ever in Canada that a natural extract has been approved for a clinical trial. Unfortunately, the United States has yet to follow suit.
In “the land of the free” herbalists aren’t allowed to treat cancer patients for cancer, they are merely allowed to offer herbs as supportive therapy, to help undo the damage of conventional treatments.
Herbalist, teacher and author Demetria Clark says if a patient has chosen chemotherapy, dandelion will support the liver and kidneys, boost the immune system and help detoxify the body. It also helps with nausea and mouth soars, she says.

Dr. Siyaram Pandey – lead researcher and biochemistry professor at Windsor –  was encouraged when he saw the results of patients who chose dandelion tea over chemotherapy. “These folks actually lived,” he says in the Ted Talk.

Not only do dandelions heal the body, they also nourish the body (go figure). They’re loaded with vitamins like A, C, K, B6, B3,B9 and B12 and minerals like iron (crucial for generating red blood cells), calcium, magnesium, potassium (regulates heart rate and blood pressure), phosphorus, manganese, copper and zinc.

So, the next time you decide to hack away at all those yellow weeds, eat them instead of throwing them away. They’re great in a salad, in smoothies or as a tea. 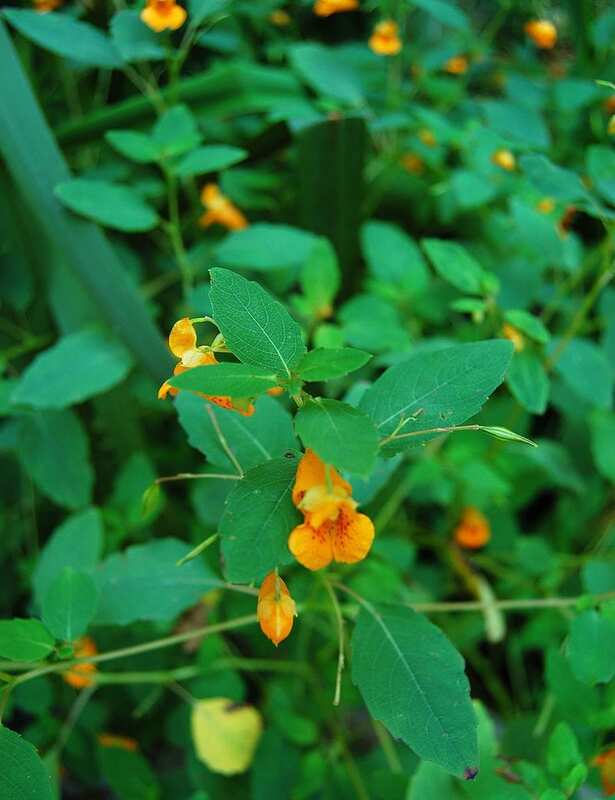 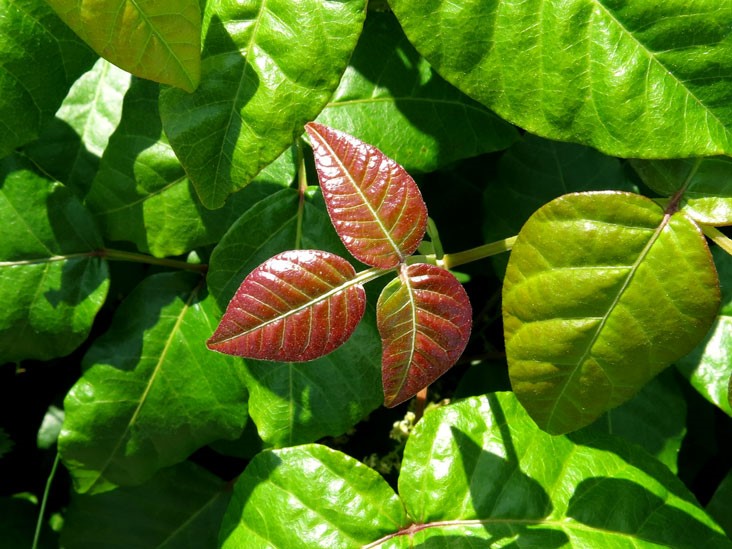 ​For a few suggestions about natural remedies for Poison Ivy click this link!
http://herbs.motherearthliving.com/herbal-remedies-for-poison-oak-ivy/